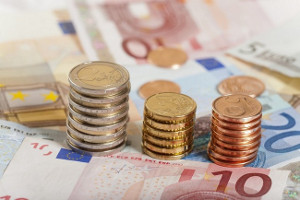 Letter of intent signed to finance CHO-Power units in Europe

Europlasma and a British investment fund specializing in renewable energy are putting in place an exclusive partnership for the development and financing of plasma technology-based biomass gasification projects in Europe (GBP and euro zones). The two partners have signed a letter of intent for financing a holding structure – CHO Invest EU1 – which is in turn intended to finance at least 50 MWe over three years, then a further 150 MWe over two years, representing a potential total of 200 MWe over a 5-year period in the EfW (Electricity from Waste) and BtE (Biomass to Electricity) sectors. The deal does not include any intellectual property transfer and does not imply any dilution for shareholders.

Under the terms of the letter of intent, the investment fund is already planning to devote approximately 16.8 million euros to developing the Morcenx (Landes, France) production unit. With a capacity of 12MWe, this first CHO-Power electricity production unit will make it possible to supply 50,000 people with electricity from the recycling of 55,000 tons of common industrial waste each year.

For Didier Pineau, Europlasma’s chairman and founder, “the ramping up of renewable energy production activities which began in 2008, including the Morcenx project, lies at the heart of Europlasma’s development for the years ahead and I am delighted that we have taken this further step forward”.

For Cédric Bérard, the Group’s chief legal and financial officer, “all of the actions taken by Europlasma over the last 10 months could benefit from a significant acceleration. Moreover, the choice of a reputed partner specialized in renewable energies would considerably increase the level of expertise that our current and future projects will be able to draw on”.

With respect to the Morcenx project, the technical due diligence was entrusted to SLR Consulting Ltd, a specialist consultancy in the environmental and waste management sectors. The closing of the financing arrangements for Morcenx is subject, inter alia, to the completion of the legal diligence process and final approvals, which are expected this autumn.

Founded in 1992, Europlasma is a French Group specialized in clean technologies and renewable energy production. The Europlasma Group is made up of four main units and 260 employees who are all firmly committed to sustainable development and experts in waste processing and reclamation. In 2008, the Group grew by nearly 20%, with €35.3 million in revenues.